Top 10 toxic foods banned in other countries that Americans eat 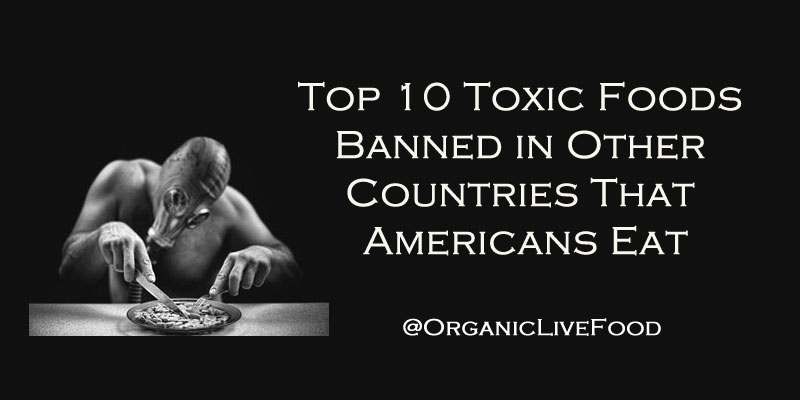 As we all know the rate of chronic diseases have been skyrocketing and Americans are more obese than ever. The following preservatives, additives, and foods are banned in Canada and many European countries including New Zealand, UK, Germany, and France.

It’s time to ban these toxic foods, additives and preservatives that are widely used in thousands of consumer products in US, including supplements and popular infant formulas.

Here are the lists of these top 10 toxic foods and additives to avoid:

Brominated vegetable Oil (BVO) banned in more than 100 different countries is widely used in sodas or sport drinks in US. BVO is used to give color and flavor to drinks and keep oil in soft drinks in suspension. BVO is driven from GMO corn and soy and is bonded with bromine. When body digests bromine, it becomes deficient in iodine leading to thyroid dysfunction. BVO is so toxic that just two ounces of its 2% solution can severely poison a child. BVO has been linked to brain damage, infertility, thyroid dysfunction, and variety of cancers including prostate, breast and ovarian cancer.

Olestra banned in UK, France and Canada is a product of Proctor and Gamble used as oil for frying foods.  Olestra approved by FDA is as an additive in replacement of unhealthy oils since olestra has not calories, no fat, and no cholesterol. However, removing fat from olestra depletes the body from valuable nutrients and interferes with vitamin and mineral metabolism. Olestra is widely used in fried foods such as fried chickens, French fries, and potato chips and is linked to obesity, leaky gut, cramps, digestive issues, and gastrointestinal problems.

Potassium Bromate is used in baking in order to increase the elasticity of the dough by making it soft and fluffy. Potassium Bromate banned By EU, China, Brazil, and Canada is linked to damages in the nervous system, neurological problems, cancer, and digestive issues.

BHA and BHT are used as preservative in many consumer products such as cereals, potato chips, processed meat, beer and butter spread. Many fast food restaurants use BHA and BHT as frying oil for cooling and reheating. Cooling and reheating oils and re-using them for frying saves a lot of money for the giant food industry and restaurants, but it’s extremely toxic to people’s health. BHA/BHT is linked to organ damage such as liver/kidney issues, loss of sleep and lack of energy, increase in appetite, cancer, and mental issues and hyperactivity.

6. rBGH/rBST growth hormones and use of antibiotics in livestock

Bovine growth hormones are commonly used in dairy cows for increase in meat and milk production. These hormones are so toxic that they weaken the cows’ immune system and make them susceptible to infections such as udder infection. Then the cows are heavily treated with antibiotics to fight the infection. Find out how a cup of milk can be contaminated with more than 20 different chemicals.

Seafood isn’t any safer since 80% of shrimp in US (imported from other countries) is contaminated with illegal levels of antibiotics. rBGH/rBST hormones have been linked to breast/prostate cancer, asthma, allergies, obesity, infertility, and diabetes. rBGH/rBST hormones are banned by the EU, France, Australia, New Zealand, and Canada.

Many foods including corn, soy and papaya have been genetically modified. GMOs have been banned in more than 26 countries, but in US many states have failed to label genetically modified foods. Every year, the biotech industry spends million of dollars to fight GMO food labeling and bribes members of Congress to ignore health risks associated with GMOs. GMOs have been linked to a wide range of health issues including autism, intestinal damage, leaky gut, inflammatory bowel disease, cancer, birth defects, and premature death.

9. Ractopamine in meat and arsenic in chickens

Ractopamine banned in 160 countries including Europe, China, and Russia is widely used in pigs, cows, and chickens in US. Ractopamine is used to enhance fat loss in livestock and has been linked to a wide range of health issues such as behavioral changes, physical abnormities, fatigue, numbness, and cardiovascular disease.

Arsenic is another toxic chemical banned by EU. Arsenic is used in the diet of chickens in US in order to make chicken’s meat look fresh and desirable. After decades of lying, deception, and denying, FDA has finally come clean and admitted that there is cancer-causing arsenic in conventionally grown chickens.

Arsenic is used in thousands of consumer products such as chickens, farmed fish, mushrooms, poultry, prescription drugs, and vaccines and has been linked to cancer of lung, bladder, and skin.

Artificial coloring, additives, and preservatives banned in many countries such as UK, Austria, Norway, France, and Finland are widely used in thousands of consumer products in US including processed foods (Mac and cheese), crackers, candies, cereals, sodas, and ice cream. Artificial colors, additives, and preservatives are driven from petroleum-based products and are linked to birth defects, autism, hyperactivity, neurological problems, brain tumor and cancer.

Finding good fish these days is like finding gold. We deliver the purest, tastiest, healthiest wild seafood and organic fare, directly to your door. Tastiest salmon for your special events. 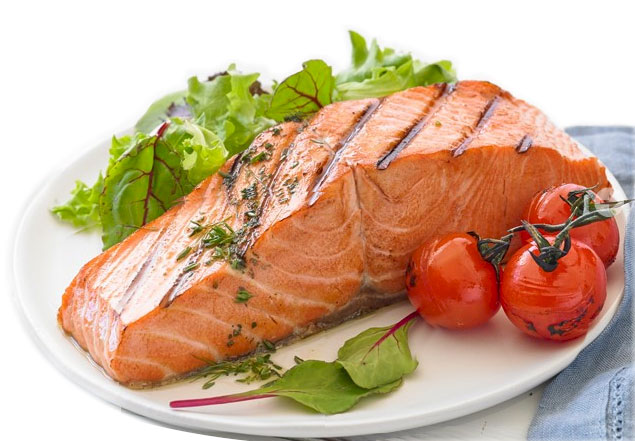 The Brunca region of Costa Rica is known for producing a thick bean with excellent aroma, body and acidity, which perfectly describes our Fair Trade blend. 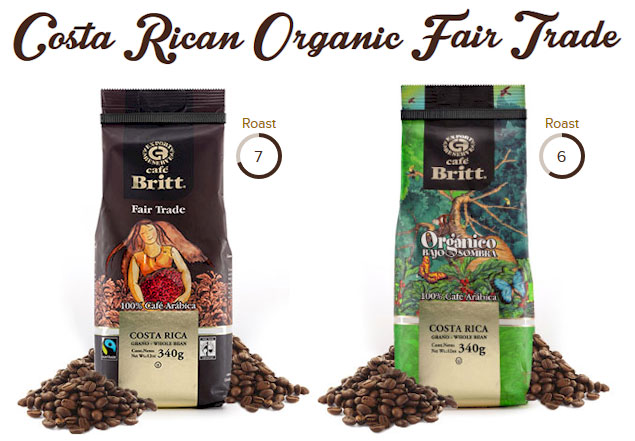 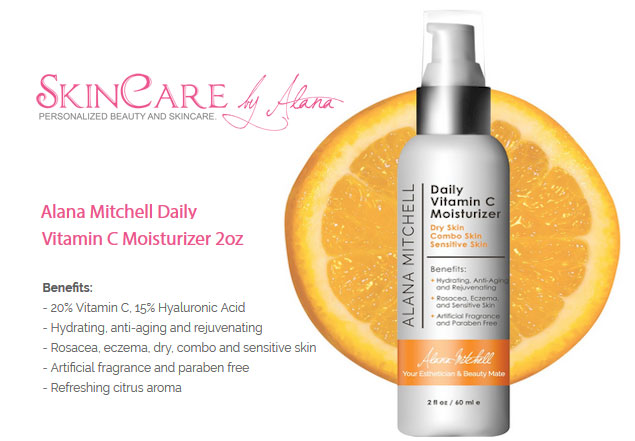